A United State Orthodox perform the first ever same sex marriage in the history of Judaism religion, when a man called Nadiv Schorer knot tie with another man called Ariel Meiri on Sunday. It was a breaking ground history for the Rabbi as he was sited on the canopy. 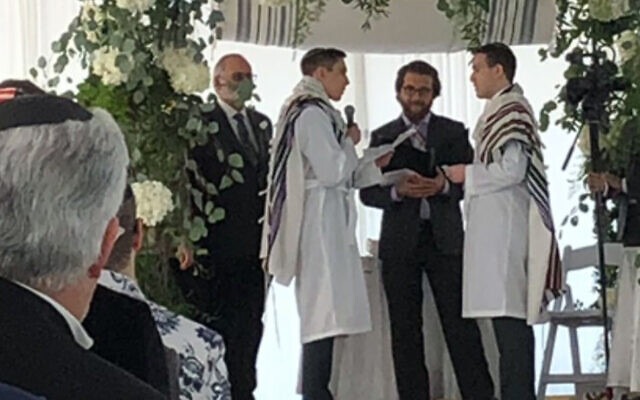 This was the first time a Rabbi who is affiliated with the progressive wing of Orthodox Judaism with be performing wedding ritual for same sex couple in the history of Judaism.

The Rabbi priest, Mlotek described the wedding as Jewish wedding full of love, with similarity with other events he has ever chaired. He also said the only different in this event was that the couple are of same sex(male).

Many have now criticized Mlotek of betraying and deviating from traditional Jewish values which gives no room for same sex marriage. While other members of Orthodox Judaism praised him for supporting freedom.